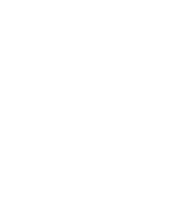 2018/09/26 19:04
Page view
[Abstract]:
On January 25, the first working meeting and staff congress of Jinyu Dingxin Company in 2017 were held in the company auditorium.
On January 25, the first working meeting and staff congress of Jinyu Dingxin Company in 2017 were held in the company auditorium. 146 staff and workers representatives attended the meeting, more than 300 staff and workers attended the meeting, including more than 30 staff and workers of Lingshou Jidong Company attended the meeting. The meeting was chaired by the Deputy Secretary of the Party committee, the Discipline Inspection Committee and the trade union chairman Wu Xiangyan.
At the meeting, Wei Weidong, general manager of the company, made an administrative work report entitled "Tamping the Foundation, Leading Innovation, Breakthroughing the Transition, and Striving to Fully Complete the Task Target for 2017". In 2016, facing the grim market situation, all Dingxin people actively coped with the new normal economic development. With the support of the party committee, the board of directors and leaders at all levels of the Jinyu Group, they innovated and pioneered and moved forward. They made special achievements in special years and made a profit of 48.212 million yuan. Competition promotes market coordination and incremental price increase; flexible supply strategy is adopted to ensure quality and price reduction; crack down on difficulties and reduce non-market business; solid innovation and efficiency, enhance profitability; strive for government policy support to enhance corporate image; create a new image of energy conservation and environmental protection, create a green benchmark; deepen human resources reform To tap the potential of personnel; to adhere to the mass line, promote democratic management, strengthen team building; to give full play to the advantages of port location, supporting role highlighted; to introduce advanced management and control model, to promote management to enhance the 10 aspects of the comprehensive promotion of the completion of administrative work. In 2017, facing challenges, we will take the opportunity to sprint to new heights by vigorously upgrading the level of standardized management, steadily improving the effectiveness of systematic innovation, learning to introduce advanced innovative ideas, grasping opportunities for transformation and upgrading. The report reinforced the direction of efforts in 2017.
The meeting heard and considered the safety work report of Zhang Jianwen, deputy general manager of the company, "Fully Implementing Essential Safety Management to Ensure the Standardization of First-Class Safety Production". It also examined and approved the financial final accounts for 2016 and the financial budget for 2017, the usage of business entertainment fees for 2016 and the staff representatives for 2017. A report on the adjustment of the situation of the general assembly and a report on the handling of the proposals made by the workers' Congress in 2017. Wu Xiangyan, Deputy Secretary of the Party Committee, Secretary of the Discipline Inspection Commission and chairman of the trade union, read out the resolution of the 2017 staff congress of the company.
Previous article:
CCTV's news broadcast reporter interviewed the company.
无
Next article: